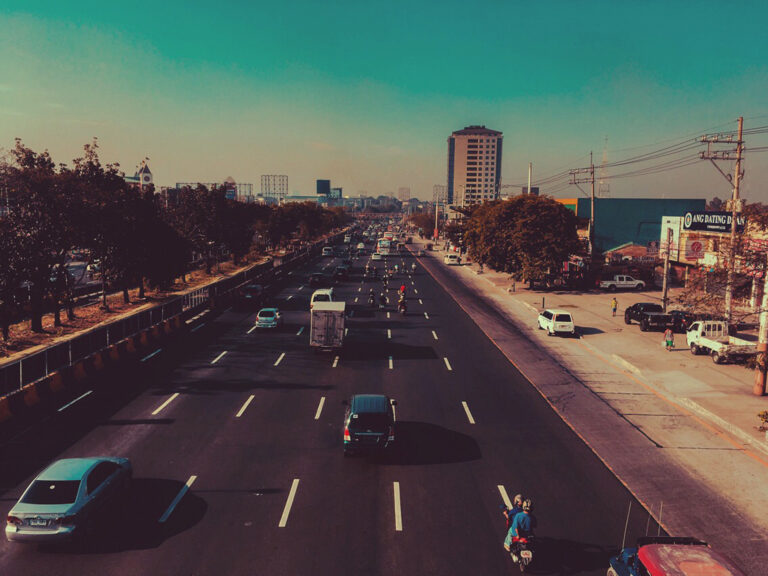 Using credit scores to determine insurance rates is unfair and discriminatory. The practice disproportionately affects middle and lower-income families, leaving them with car and home insurance rates that are nearly double that of people with good credit.

That doesn’t make sense to me.

Insurance companies are giving those less able to afford car insurance a raw deal by bracketing poverty with irresponsibility. In fact, a low credit score could affect insurance costs more than a DUI.

One would think that your driving habits should be the main factor insurers look at when deciding on your coverage.

The practice is widespread—95 percent of auto insurers and 85 percent of homeowner’s insurers use credit history in their underwriting decisions. Only a fraction of consumers realize that they are judged this way.

Insurance companies are not upfront about the practice. Many use terms like ‘insurance score‘ or ‘financial responsibility score’ to disguise how credit scores affect insurance premiums.

It shouldn’t be the standard that having less makes customers irresponsible or negligent.

Why would your credit history have any bearing on what you pay to insure your car or property?

Insurance companies insist that credit scores accurately predict how likely you are to file a claim. Consumers who are negligent in one part of their lives, the thinking goes, could also be negligent insurance policyholders.

“Insurers are always looking to drill down on risk factors,” says Michael Barry, head of public affairs with the Insurance Information Institute, an industry trade group.

“In the same way that we know that young men aged 18 to 25 who are single are the most likely to get into an accident, credit rating is another risk factor.”

‘Correlation is not causation’

Many consumer advocates view this as unfair, and perhaps even inaccurate. After all, there’s more to credit history than just whether you pay your bills on time.

It’s a snapshot of other aspects of your life, including your wealth, education level and race.

“A correlation is not sufficient to make a case about insurance,” says Bob Hunter, director of insurance with the Consumer Federation of America and the former Texas Insurance Commissioner.

Anyone who works in research will tell you that correlation is not causation.

A brief history of credit scores and insurance

The practice of using credit scores in insurance decisions dates back to the 1970s, when states allowed insurers access to consumer credit histories. It wasn’t until the mid-1990s that credit scores first emerged in underwriting decisions.

That’s when Hunter of the Consumer Federation of America first encountered the practice, but it was mainly used to deny coverage. As Texas Insurance Commissioner, he held a town hall and heard from a woman who was recently divorced.

Her husband had left her with a mountain of debts, which she was paying back, but in the meantime her credit score had suffered. All of a sudden, she had been notified that her car insurance had been canceled.

“[Then Governor] Ann Richards turned to me and said, ‘You’d better find out what’s going on.’,” Hunter recalls.

Expansion of the system

Hunter unearthed a practice then used by a small handful of insurers. By 2000, most carriers were on board. Instead of using the criteria to deny coverage, credit scores, over time, had become a way to set rates.

“As computer power has increased substantially, it’s gone from a blunt instrument that says yes or no to coverage, to what price you’ll pay because insurers have hundreds of prices and hundreds of categories,” confirms Alex Hageli, director of personal lines with the Property Casualty Insurers Association of America, a trade group.

Incumbent insurers insist that credit history is predictive of the number and dollar amount of claims filed.

According to a 2007 paper by the Federal Trade Commission, a relationship exists between credit scores and the number of claims filed and the total amount that insurance companies pay out. The agency believes that it allows insurers to more accurately assess the risk of each policyholder.

“Your credit history is a reflection of your personality, about how fastidious you are about managing your affairs. If you’re careful about your money, you’re more likely to be a safe driver and to maintain your vehicle properly.”

As the use of credit scores has soared, so too has the insurance industry’s profitability. This comes at the expense of some of the most vulnerable consumers.

Those who can least afford it actually pay more.

Consumer advocates argue that beyond being unfair, it is also discriminatory.  Credit scoring singles out minority and low-income consumers for higher prices.

The effect of credit scores on insurance

The industry likes to point to evidence from Arkansas State Insurance Department. The data shows that credit scores are responsible for decreasing insurance rates on the majority of policies (54.5 percent) and increasing rates on just 19.8 percent. The remainder of policies aren’t affected by credit one way or the other.

However, when credit does become a factor, it can count for a lot. A study conducted by Consumer Reports magazine looked at the impact of credit scores on premium pricing and found them to play an outsized role.

According to the study, single drivers in Kansas with one moving violation would see their auto insurance premium rise by $122 a year after the event. But a driver with good credit (as opposed to excellent) would pay $233 more, even with a spotless driving record.

Low credit scores hurt you more than drunk driving. These are the average premium rates drivers in Texas with different credit scores pay.

In other words: poor credit has twice the effect on car insurance premiums than bad driving.

An InsuranceQuotes study found that drivers with poor credit, typically defined as 550 and below, can pay more than twice as much as those with the best scores.

To a lesser extent, the practice is also used in setting rates for insuring boats, snowmobiles, recreational vehicles and personal watercrafts.

You could pay a lot more if your credit score falls

“Insurers are not allowed to ask about income and race,” insists the Insurance Information Institute’s Barry. However, given how race and poverty go hand in hand, it’s not hard to see how minority consumers wind up paying more.

Consider how credit scores are distributed along racial lines. For the most part, minority groups have lower credit scores.

Going back to 1994, mortgage insurer Freddie Mac found that African Americans are three times as likely as whites to have credit scores of 620 or below, FICO’s threshold for “bad” credit. Latinos were found to be twice as likely to have poor scores. What’s more, minority groups are more likely to lack the credit history necessary to even generate a credit score.

Someone with few financial resources, living paycheck to paycheck could easily fall behind on bills after just one mishap like an illness or job loss. It could be enough to knock down their credit score and can take years to climb out of that hole.

“They want to sell multi-line, so one customer buys auto, homeowners and other products from them. Poor people don’t do that.”

Credit isn’t the only way that low-income earners and people of color wind up paying more. Along with that variable, some carriers also use home ownership, education level, marital status and neighborhood to set their rates.

“If you’re bad on all of them, you are going to get hit,” says Hunter.

For example, African Americans and Latinos lag behind whites on rates of homeownership, the Urban Institute reports. The same is true of marriage rates and educational attainment, according to Pew Research.

Income is a through line in all these factors. The higher your income, the more likely you are to be a homeowner, get married and complete a college degree.

Not all insurers use all of these factors, and their use varies by state. However, enough insurers do to further skew the most favorable insurance rates to higher-income whites and Asians.

An investigation by ProPublica and Consumer Reports in April 2017 found that certain carriers charged premiums that were 30 percent higher in zip codes with predominantly minority residents than in comparable, mostly white neighborhoods with similar accident costs.

“Despite laws in almost every state banning discriminatory rate setting, many auto insurers charge premiums in minority neighborhoods that exceed not only prices in white areas but also the levels justified by average payouts on claims,” the report’s authors say.

Insurers have found other ways to penalize some groups of customers that go beyond race and income. A recent tactic is price optimization, which seeks to minimize or maximize the impact to the insurer through the use of certain practices.

For example, new drivers are more likely to have accidents, but insurers limit their premiums to keep their parents as customers.

On the other hand, insurers might jack up the rates of customers who have never threatened to switch carriers because they’re unlikely to do so. In the era of big data, insurers have greater insights into these customer behaviors.

For better or worse, car insurance companies are judging you on more than your driving record. Though there are periodic grumblings in state legislatures, so far, the practice doesn’t seem to be going away.

Incumbents have little financial incentive to change their practices. It will be left to a new wave of insurance companies to create a level playing field where consumers aren’t unfairly penalized for their credit histories.

By developing alternative, fairer measures of customer responsibility and risk, consumers can be protected from this institutionalized discrimination.

This could mean using technology to deter distracted and drunk driving, prescreen for damaged assets, and better identify forms of fraud.

Most state regulators, with the exception of California, are conditioned to using credit as a primary determinant of insurance rates.

Building a fairer model will take time, but we have to make a start.

The technology already exists to make the system fairer.  Low-income families should not have to wait for insurance companies to catch up.