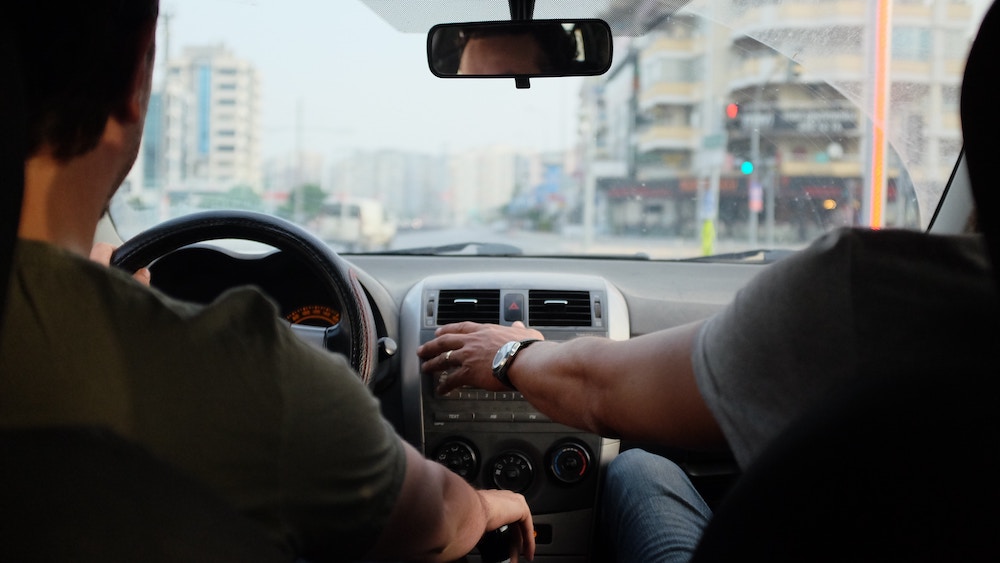 You’ve done everything right — your license and registration are up to date and you have auto insurance to protect you and your vehicle. And you expect that every other driver on the road has done the same.

Despite there being a minimum mandatory car insurance requirement in 49 states, one in eight drivers – around 13 percent – don’t have auto insurance. And in some states it’s one in five.

You’re at risk for an accident every time you drive. So what happens when you get into an accident with an uninsured driver and they’re at-fault? And if you and your passengers are injured, who pays for your medical bills? Let’s dig in.

What is uninsured motorist insurance?

Uninsured motorist insurance or UM protects you in the event that you’re in an accident with a driver who carries no liability insurance.

There are two categories of uninsured motorist coverage:

Uninsured motorist bodily injury (UMBI) pays for injuries to you or your passengers when an uninsured driver is at-fault in an accident. And it also pays for your medical bills in the event that you are the victim of a hit-and-run driver.

This coverage ranges from medical expenses to lost wages to rehabilitation and funeral costs. In addition, this coverage protects you if you get hit by an uninsured driver while you’re riding a bike or when you’re a pedestrian.

Uninsured motorist property damage (UMPD) pays for damages when an uninsured driver hits your car or other property. You are also covered in the event of a hit-and-run.

What does UMBI cover?

The coverage pays for hospital bills, emergency care, rehabilitation, and follow up visits related to the accident.

If you suffer from an injury that interferes with our ability to work, this might result in lost wages. UMBI would pay for compensation.

Although it’s difficult to quantify, you can seek payment for any lingering pain or emotional distress as a result of your injuries from the accident.

UMBI can cover the funeral costs if there are fatalities as a result of the accident.

How does UMBI work?

Similar to other types of car insurance, UMBI comes with coverage limits. This completely depends on the insurer, but coverage limits could start at as little as $5,000 and run up to $1 million.

Generally, you will have two coverage limits to choose:

In other words, this means that the limit you choose is the maximum amount your car insurance policy will pay when you make a claim against an uninsured driver.

You’ll specifically see the coverage limits written as: 50/100/25. The first two numbers refer to how many thousand dollars coverage you have for bodily injury coverage per person and per accident. (The third number refers to uninsured motorist property damage)

What’s the requirement for coverage?

UMBI is currently required in just under half of all states. They are:

In the states that require UMBI, there will be a minimum amount of coverage you have to purchase. The majority of states have a minimum UMBI coverage set at $25,000/$50,000, but this can vary.

How much coverage should I get?

You should keep in mind that state minimum coverages aren’t the recommended levels. It’s just the required minimum.

It’s always a good idea to purchase more than the minimum amount of coverage required. You never want to underestimate when it comes to coverage.

Also when it comes to UMBI, you should choose a limit that’s similar to your liability limits. You want to be as protected as when you’re the one at-fault and you are on the line for paying for the other driver’s medical bills.

What does it cost?

Adding uninsured motorist coverage to your policy won’t add too much to your premium. It tends to be much cheaper than buying standard liability insurance.

It can range from $33-$134 a year. But this is entirely dependent on the insurance company and the state you live in. For instance, you will pay significantly more in states that have a higher percentage of uninsured drivers.

Personal injury protection (PIP) is another type of car insurance coverage that’s optional in some states and required in others. PIP pays for you as well as your passengers’ medical bills in case of an accident. This coverage specifically does not consider who is at fault. If you have PIP and UMBI, UMBI would pay your medical expenses after your PIP limits are met.

Similar to UMBI, PIP will also pay for lost wages if you’re injured in an accident. The main difference between the two is that PIP limits are generally lower than the coverage offered by UMBI.

If you have health insurance, this will cover your medical expenses if you were hit by an uninsured driver. However, this is entirely dependent on how comprehensive your health insurance is.

If you have adequate health insurance, you might not need UMBI to cover your medical bills. But it can be useful because it could potentially help with lost wages, which would not be covered under your health policy.

Do I need UMBI?

If your state requires UMBI, then yes, you need it.

And if you have comprehensive health care, you can consider not adding UMBI to your policy so you don’t have to pay for the added cost.

However even if UMBI isn’t required in your state, you may decide that it’s in your best interest to have it. Especially since it doesn’t usually add too much to what you’re paying in premium. Of course, you should keep in mind that around 13 percent of drivers in the U.S. are uninsured. Not to mention, in some states it’s as high as 24 and 28 percent.

If you get hit by one of these drivers and sustain injuries, you could be the one who has to pay the price, even if you weren’t at-fault.