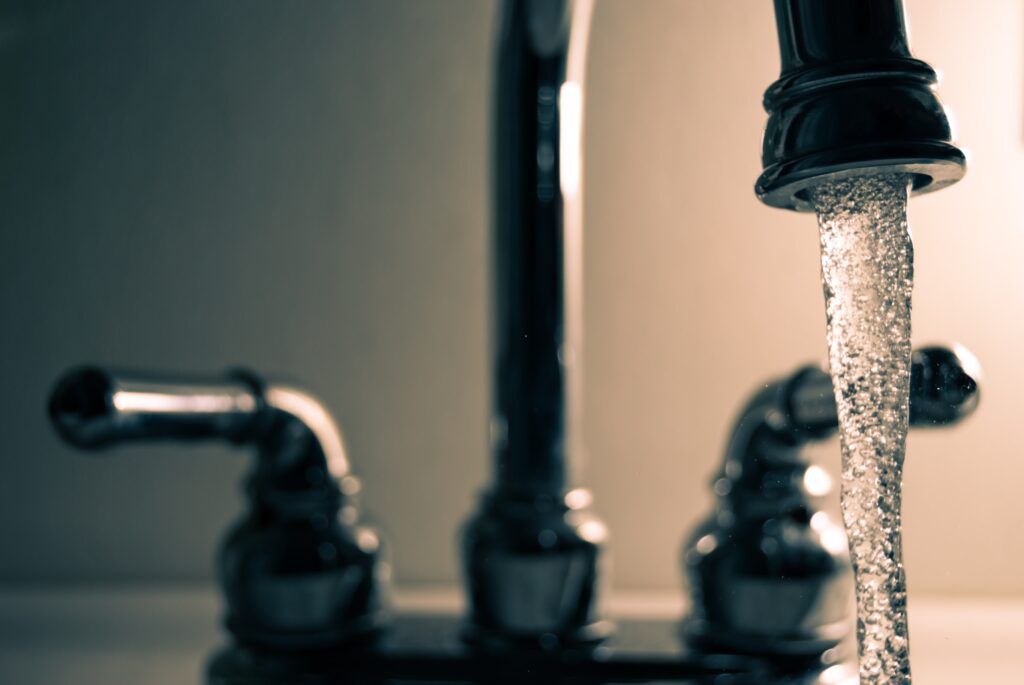 For the Wangs, going out of town to celebrate New Years with good friends was an annual tradition.

The celebrations were over. Jim and his wife Martha were looking forward to a well-deserved nap when they arrived home. Instead they were greeted with a startling discovery.

To their dismay, they found a huge, gaping hole in the ceiling of their laundry room and pantry. A burst pipe meant water was gushing everywhere. A sopping wet mess of drywall had enveloped the bulk goods stored in the cabinets. Everything was soaked.

The rolls of paper towels, toilet paper and boxes of mac and cheese had morphed into an indistinguishable jumble of mush. The wooden shelves were ruined. The ceiling lights were badly damaged. What’s worse, water had seeped into the nearby bathroom and kitchen, destroying the flooring.

It was not the best way to start the year.

“It was a mess,” says Jim Wang, 37, who is founder of Wallet Hacks and lives near Columbia, Maryland. “But the damage had already happened. We just needed to take action and deal with it.”

Wang raced downstairs, shut off the water and surveyed the damage

His first call was to his insurance company to kick off what would ultimately be a $60,000 claim.

If you own your home, the thought of this type of damage might send shivers down your spine.  The Wangs endured months of ongoing repairs that ultimately equaled the cost of several cars. But it was their homeowners insurance that saved them from financial ruin.

Here’s how they eventually got their home back to its original state, and what they learned from the ordeal:

The insurance company gave Wang the names of several local water remediation and restoration companies to call immediately. As they had to move fast, they went with the company that could show up the fastest and that they had a good feeling about.

Wang had to throw out all bulk goods, their kids’ toys, and what was now unidentifiable sundry paper items. Plus, because the water seeped through different rooms in the house, they had to get quotes on replacing the flooring in the kitchen, and put in a new sink in an adjoining bathroom.

Over the course of 10 days, the water remediation personnel removed drywall that was unsalvageable, and brought out the heavy-duty dehumidifiers to pull in the moisture from the air.

What caused the burst pipe?

Upon further inspection, they learned why the water pipe had burst. It was an ill-timed cluster of events that led to an unfortunate–and costly–situation.

The pipe was running near the roof, without proper insulation. And because it was in the middle of winter – we’re talking single-degree temperatures – the chill plus wind froze the pipe at two points. In turn, the pipe burst.

Once the Wangs addressed the immediate needs, a claims adjuster from the insurance company visited the house. This was to do a walk-through to assess the damage, get to the root causes of all the damage, and type up a claim.

Another part of the quotes process was figuring out the market value. This is depends on whether the claim is settled by Actual Cash Value or Replacement Cost Value.  Actual Cash Value, or ACV, takes depreciation into account, which impacts how much you can claim.

“Because the condition of your cabinets and shelves aren’t brand new, and have undergone wear and tear, you’ll need to get an estimate to restore your home in a comparable state,” explains Wang.

“Plus, what the insurance company says it will cost to put in a cabinet may be different than what the contractor charges. You need to find the middle ground.”

Meanwhile, Wang got quotes from several contractors. He had the liberty to choose what contractors to work with, and selected them carefully, based on online research and referrals from friends.

Once they settled on an amount, the insurance company wrote out a check to the Wangs. Here’s the thing: after you accept the payment, you still have negotiating power to ask for additional coverage.

In the Wangs’ case, the claim adjusters from the insurance company ended up visiting several times. They had overlooked a few repairs and costs, and the claim needed readjusting.

For instance, while they had included the cost of replacing the tile in the bathroom, they neglected to include the cost of removing and resetting the toilet and sink.

Those little details add up. And if not included in a claim, you will end up footing the bill.

While you don’t need to purchase identical cabinets nor build things exactly the way they were, you do need to replace the old ones with those of similar quality, explains Wang.

“You do need to repair it, and it needs to be within reason,” says Wang. And if you want to upgrade, you’ll have to pay the difference out of pocket.

For the Wangs, it was a chance to make improvements and do some slight rearranging in their home. For instance, they weren’t huge fans of the old cabinets. Instead, to their liking they placed open shelves underneath the granite counter.

While making repairs, the Wangs also discovered a few areas where the previous owners had cut corners. For instance, in redoing their kitchen floors, they found cheap plywood underneath. They decided to replace it with a thicker wood, paying out of pocket for the job.

It turns out that because their kitchen had to be sealed off for several weeks, the Wangs were  eligible to get reimbursed for meals eaten out.

So if their average grocery bill for two weeks is X amount, and their food expenses during the time they aren’t able to use their kitchen due to repairs is X higher, the insurance company will cover the difference.

People in this situation often need to show proof of how much they typically spent on food for two weeks, and how much more they spent eating out when they weren’t able to cook in their kitchen. This proof could be in the form of bank statements or credit card transactions.

Had the Wangs needed to move out during repairs , the insurance company would have  covered the cost of corporate housing or staying in a hotel. Thankfully they could remain in the house during the repairs.

Fast forward to the present. The Wangs are still working on the final touches and repairs, such as putting back the counter, and installing a carousel pantry system in closet area.

“The whole situation was stressful and miserable but no one got hurt, nothing irreplaceable was destroyed, and our house will emerge better than before,” says Wang.

For those who are wondering how to prepare for the worst, Wang suggests taking photos and documenting everything, ideally when everything in your home is still intact.

Case in point: there were a bunch of toys stored in the cabinets in the pantry: discovery science kits, Spirographs gifted over the holidays, and so forth. And because Jim had snapped pics after the water pipe burst, he could put this on the claim.

“I’m wondering what else we lost that we could’ve recovered,” says Wang. “But because we don’t have photographic proof of other items that were damaged, there’s no way we could claim it on our insurance. Even though so much is happening at once, it’s important to document everything before you throw it out.”

The burst pipe was a big surprise and even bigger learning experience for the Wangs.  To make sure you are fully prepared for a burst pipe and water damage, here are three insurance claim tips you need to remember:

Ideally you should take photos and make a list of inventory before stuff hits the fan. But we’re human, and when we’ve got a litany of things to check off our to-do list, it’s tough to take time. After your home suffers such an incident, Wang suggests meticulously documenting everything.

2. Negotiate to adjust the claim

Remember: Just because you accept a quote and receive a check from the insurance company doesn’t mean you can’t go back and renegotiate. For instance, if you find repairs or fees that are overlooked in the recovery and repair process, or have another reason to ask for greater payout, don’t be afraid to reach out to your homeowners insurance company to adjust the claim amount.

3. Make full use of all your coverage

Wang wasn’t initially aware of coverage such as meals and lodging reimbursement. Homeowners insurance also covers liability insurance, in case someone is injured in your home, property that is located off the premises, and structures that aren’t attached.

Learn more: Get up to speed with the essentials of homeowners insurance here

Looking for homeowners or renters insurance? Download the Cover app for free now from the App Store or Google Play to get started.